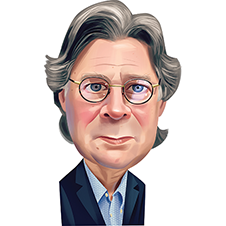 U.S. DISARMS ITSELF TO AID UKRAINE.

The United States has shipped massive amounts of military aid to Ukraine since the Russian invasion in February 2022. There has been bipartisan support on Capitol Hill for the aid, although some Republicans have questioned the price tag — $27.5 billion so far in military aid, or “security assistance” alone, which does not include tens of billions in financial, humanitarian, and other types of aid. Some GOP lawmakers have also expressed concern about the lack of safeguards in sending so much money to a notoriously corrupt country.

But there is another growing worry about the amount of U.S. military aid to Ukraine. The Biden administration is sending so many weapons to Ukraine that the U.S., already underprepared for a major war, is running low on munitions for its own defense. In effect, the U.S. is disarming itself to aid Ukraine. That would be troubling in any event but is especially so amid growing tensions with China over Taiwan.

The scope of the problem is detailed in a new report, “Empty Bins In A Wartime Environment,” from the Center for Strategic and International Studies in Washington. Author Seth Jones writes that “the U.S. defense industrial base is not adequately prepared for the competitive security environment that now exists.” Citing analysis of stockpiles and usage rates, plus several CSIS war games, Jones writes that supplies are so low that “the United States would likely run out of some munitions — such as long-range, precision-guided munitions — in less than one week in a Taiwan Strait conflict.”

Jones writes that the U.S. has been underprepared for years. But the war in Ukraine is making the situation worse. The American effort in Ukraine has “depleted U.S. stocks of some types of weapons systems and munitions, such as Stinger surface-to-air missiles, 155 mm howitzers and ammunition, and Javelin anti-tank missile systems,” Jones writes. “For example, the quantities of Javelins transferred to Ukraine through late August 2022 represented seven years of production [at 2022 rates]. … The number of Stingers transferred to Ukraine is roughly equal to the total number built for all non-U.S. customers in the last 20 years. … As of January 2023, the U.S. military has provided Ukraine with up to 1,074,000 rounds of 155 mm ammunition, significantly shrinking the availability of 155 mm rounds in storage. Because of the limited availability of 155 mm howitzers and ammunition, the U.S. military began sending 105 mm howitzers and ammunition instead.”

“Since many of the weapons systems and munitions have come directly from U.S. inventories,” Jones concludes, “U.S. assistance has depleted some stockpiles that could be used for training, future contingencies, or other operational needs.”

Jones notes that lower weapons stockpiles make it difficult to deter China — why would China be deterred, knowing its adversary would run out of ammunition in a week? A major argument in favor of U.S. support for Ukraine has been to send China a message that aggression like Russian President Vladimir Putin showed in Ukraine will meet stiff resistance. But what if it has also shown China that the U.S. has exhausted its supplies on Ukraine and will take years to recover?

And it will be years. Weapons systems take a long time to develop. Weapons are stockpiled and supplies not renewed. Then, all of a sudden, they are needed, and there’s no quick way to replace them. “The history of industrial mobilization suggests that it will take years for the defense industrial base to produce and deliver sufficient quantities of critical weapons systems and munitions and recapitalize stocks that have been used up,” Jones writes. “It might take even longer to materialize facilities, infrastructure, and capital equipment, making it important to make changes now. The long timelines are manageable in peacetime but not in the competitive environment that now exists.”

Things never work out as expected. U.S. defense planners put a high priority on preparing for a possible conflict with China. And then they found themselves “directly aiding Ukraine in an industrial-style conventional war with Russia,” according to the CSIS report. The U.S.’s new proxy war with Russia is burning up weapons and ammunition at a rate the planners didn’t plan for. “While the Pentagon has focused on fighting wars with small numbers of more expensive precision-guided weapons, Ukraine is largely relying on howitzers firing unguided shells,” noted the New York Times.

The good news is that Congress has appropriated billions more to upgrade American capacity. There will be more Javelins, more Stingers, more howitzers, and millions more artillery rounds. It is part of “the most aggressive modernization effort in nearly 40 years,” according to an Army report cited by the New York Times.

Right now, the goal is to make more weapons — for Ukraine. “Before Russia invaded Ukraine on February 24, the U.S. Army’s production of 14,400 unguided shells a month had been sufficient for the American military’s way of war,” the New York Times reported. “But the need to supply Kyiv’s armed forces prompted Pentagon leaders to triple production goals in September, and then double them again in January so that they could eventually make 90,000 or more shells a month.”

It is important to increase U.S. weapons production. The No. 1 reason, by far, is that the U.S. might need the weapons to defend itself. Now, the U.S. is ramping up production because it has gotten progressively deeper and deeper into a proxy war with Russia, a war that could burn vast amounts of weapons and munitions in the months, or perhaps years, to come. As they increase U.S. military capacity, civilian leaders might also want to consider how deeply and for how long they will be committed to the current war.

For a deeper dive into many of the topics covered in the Daily Memo, please listen to my podcast, The Byron York Show — available on the Ricochet Audio Network and everywhere else podcasts can be found. You can use this link to subscribe.