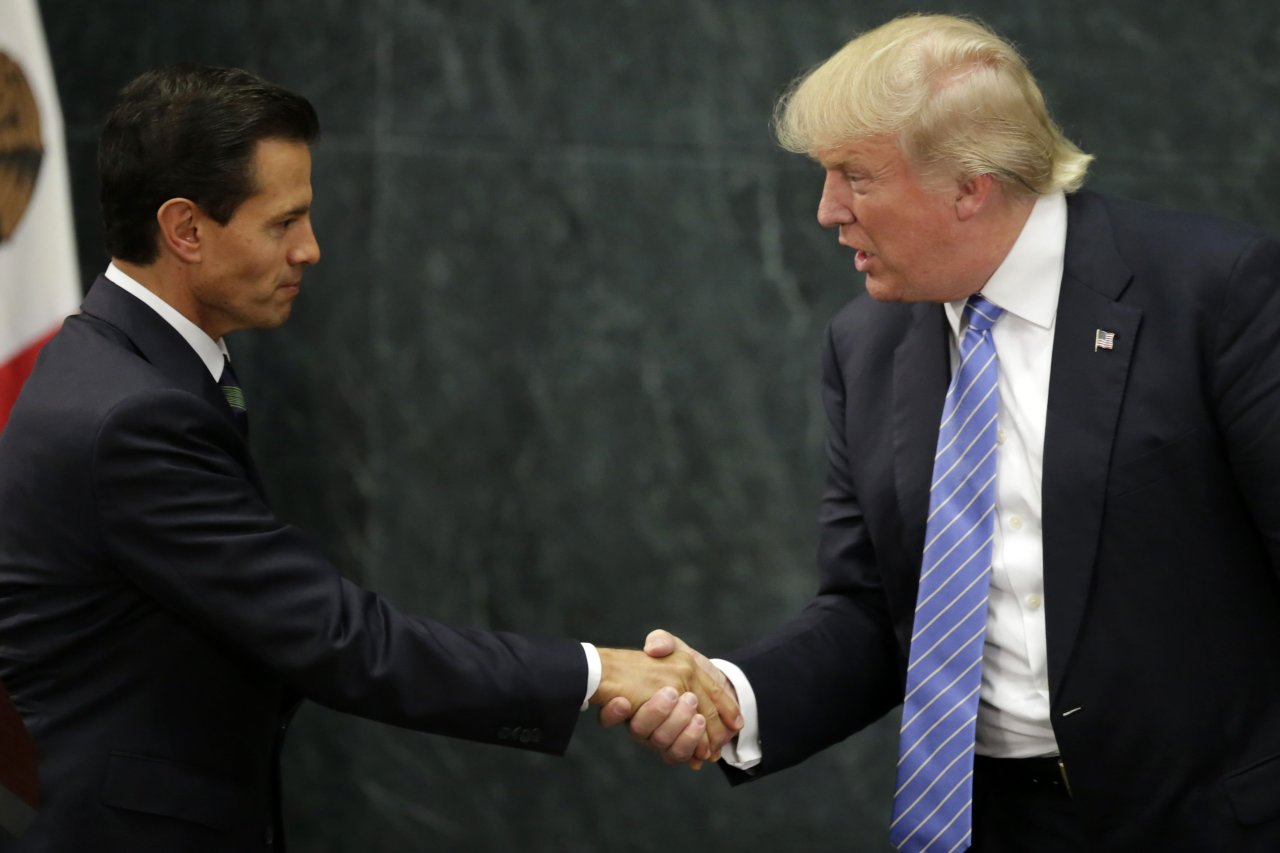 WASHINGTON—President-elect Donald Trump said Friday that the U.S. government may have to pay upfront for his promised wall along the southern border and later try to collect reimbursement from Mexico.

Mr. Trump’s comments came as Congress begins considering the details of turning the president-elect’s “build the wall” campaign slogan into government policy. The project, which is likely to include additional fencing rather than the concrete wall Mr. Trump discussed during the campaign, could cost $10 billion or more, depending on the scope of the project, aides said.

House Republicans are considering including border security funds in the next spending bill, or bills, that Congress is expected to pass before the government’s current funding expires at the end of April. Alternatively, lawmakers could choose to pass a stand-alone border security bill, but that could take more time and draw more controversy.

“The American people are tired of a Washington that votes one way and acts another,” said Rep. Luke Messer (R., Ind.), who is pushing to fund the project through the needed spending legislation. “Clearly, the American people want to see us secure the border.”

Mr. Trump wrote on Twitter Friday that any plan to fund the project with U.S. taxpayer money doesn’t undermine his campaign pledge.

“The dishonest media does not report that any money spent on building the Great Wall (for sake of speed), will be paid back by Mexico later!” Mr. Trump wrote.

During his campaign, Mr. Trump repeatedly called for a wall on the Mexican border and asserted that Mexico would pay for it, something Mexican President Enrique Peña Nieto said his nation wouldn’t do.

Mr. Trump, a Republican, has said he would compel Mexico to fund the wall by threatening to cut off remittance payments that Mexicans living in the U.S. send to their families in Mexico.

The president-elect also said Mexico could be pressured in trade negotiations by threatening to cut off tourist or business visas to Mexicans or increase visa fees.

Sean Spicer, a spokesman for Mr. Trump’s transition team, said Friday that in October the campaign called for funding a southern border wall “with the full understanding that the country of Mexico will be reimbursing the United States for the full cost of such wall.”

“The idea that we’re going through the appropriations process and figuring out how to pay for it shouldn’t be news,” he said.

Mr. Spicer declined to offer an estimate of the wall’s cost or the length of time that the U.S. would have to wait for reimbursement.

Congressional aides said the cost could range from about $4 billion to more than $10 billion, depending on details of the project. Others estimate the price tag could be even higher.

Experts on border security said that Mr. Trump’s first promise—that the barrier be a “wall”—is likely to give way to fencing, which currently lines about 650 miles, or about one-third of the U.S. border with Mexico.

Much of the rest of the border, experts in both parties said, may be better monitored through other means, including border agents and electronic surveillance.

Some GOP lawmakers said they were skeptical that Mexico would pay the U.S. for construction, while others said it was impossible to rule out that Mr. Trump would find a way to get Mexico to pay.

“I think we could get paid back later—let’s get started,” said Rep. Louie Gohmert (R., Texas).

Rep. Charlie Dent (R., Pa.), a House appropriator, countered: “I don’t see any circumstances under which the Mexican president is going to pay the United States for a fence or wall on American territory.”

—Kristina Peterson contributed to this article.