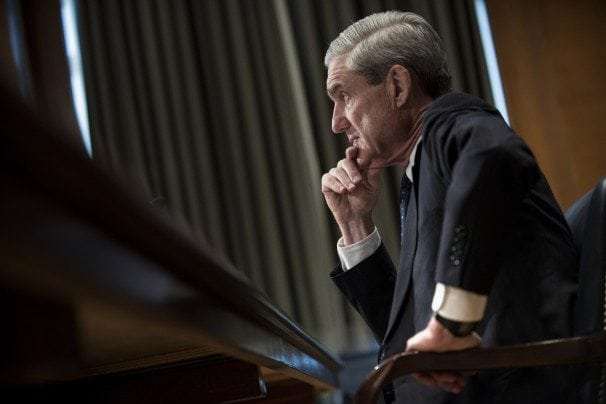 Adam Jed of DOJ’s Civil Division has argued in circuit courts around the country.

Mueller, named special counsel in May to lead the Russia probe, is working with 13 lawyers, and a spokesman said that number is expected to grow. A former Wilmer Cutler Pickering Hale and Dorr partner, Mueller recruited Michael Dreeben and Elizabeth Prelogar from the U.S. solicitor general’s office, and Andrew Weissmann from the Criminal Division’s fraud section. Wilmer lawyers Aaron Zebley and James Quarles III left the firm to work with Mueller.

Jed joined the Justice Department through the highly competitive Honors Program. “He is an excellent lawyer” who worked on a wide range of appellate matters in the Civil Division, said Covington & Burling partner Beth Brinkmann, who formerly led the civil appellate staff at Main Justice under Attorney General Eric Holder Jr.

Among those matters were Little Sisters of the Poor v. Sebelius and related challenges to the contraceptive insurance requirement in the Affordable Care Act. In 2014, Jed made the arguments on behalf of the then-secretary of Health and Human Services Department in the U.S. Court of Appeals for the Tenth Circuit. Jed also defended the contraceptive mandate in the D.C. Circuit.

In 2014, Jed, along with a number of other Justice Department attorneys, received the Attorney General’s Award for Exceptional Service for their work on implementing the Supreme Court’s decision in United States v. Windsor, which struck down the definition of marriage as between a man and a woman in the federal Defense of Marriage Act.

Jed in 2015 represented the government before a three-judge panel of the Ninth Circuit in a challenge to the Justice Department’s effort to shut down a large California medical marijuana dispensary. The city of Oakland had sued the department to prevent the closure.

Jed was a 2003 graduate of Yale University, where he was a member of the student debate association. He worked for the International Criminal Tribunal for the former Yugoslavia before attending Harvard Law School, according to the Harvard Crimson. Jed was on the Harvard Law Review staff.

He was a clerk to Judge Guido Calabresi of the U.S. Court of Appeals for the Second Circuit. Jed’s clerkship with Stevens was in the October 2009 term. During that high court term, Stevens wrote a major dissent in McDonald v. City of Chicago, which applied the Second Amendment to the states, and he authored the majority opinion in American Needle v. National Football League, which held that Section 1 of the Sherman Antitrust Act covered the NFL’s licensing and sale of team products.

Earlier, in 2006, Jed  was selected as a Gates Cambridge scholar for graduate work at the University of Cambridge in England. He pursued a master’s degree in modern society and global transformation, according to the Harvard Gazette.

“I’m particularly interested in comparative legal issues, particularly in European law, and the Gates and other scholarships are good ways to open some doors and study in the U.K.,” Jed told the Yale Daily News in February 2006. The news publication said he planned to focus on “European discrimination law and civil rights issues common to Europe and the United States.”

Jed at the time told the Harvard Crimson he planned to study “the imposition of state power on private parties to achieve social goals.” He also said he would focus on “accommodation mandates that accompany anti-discrimination law.”

Robert Loeb, an appellate partner at Orrick, Herrington & Sutcliffe and former acting deputy director of the Civil Division appellate staff, described Jed as “brilliant” and said he was a “strong writer” and “very tenacious.”

Mike Scarcella in Washington contributed to this repor