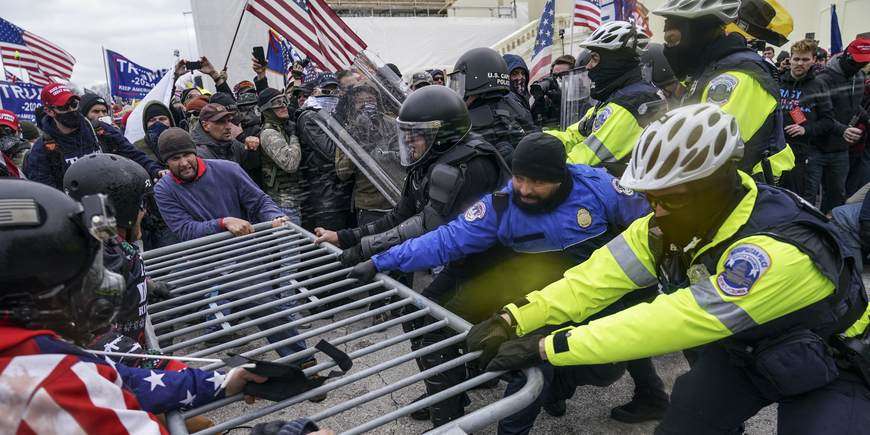 Speaker Nancy Pelosi says the House will vote to create an independent commission to investigate the Jan. 6 riot at the U.S. Capitol. There’s no doubt there needs to be an extensive investigation of the events surrounding the riot. But what is striking is that, even as Pelosi calls for an investigation, a number of government agencies are stonewalling the public on some of the most basic information about the events of Jan. 6.

The public should not have to wait to learn what officials knew about the possibility of violence before the riot. What did the Capitol Police know? What did the House and Senate sergeants-at-arms know? What did Speaker Pelosi and House Minority Leader Kevin McCarthy know? Senate leaders Chuck Schumer and Mitch McConnell? The White House? National Guard officials?

Americans could, and should, know more about these topics right now. But significant parts of the Capitol riot are now shrouded in official secrecy. And the existence of multiple investigations will only make that worse, giving officials an excuse not to speak publicly because there is an active investigation going on. So before the big commission is formed and begins its work, how about Americans learn some of those basic facts about the riot?

For example, the lawmakers want to know about discussions in the days before the riot about using the National Guard to increase security. What did law enforcement agencies tell Capitol Hill leaders about the possibility of violence? And what did those leaders do about it?

Obviously, there are questions about President Trump’s actions before and during the riot. Many of those were touched upon during the recently ended impeachment trial. There is no danger those questions will be ignored, either by a commission or by the media. On the other hand, the questions that House Republicans have posed need answers, too.

Finally, one last word on the description of the still-unformed commission. It is universally referred to as a “9/11-style” commission. Pelosi undoubtedly likes that because it helps cement in the public’s mind an equivalence between the riot and the worst terrorist attack in U.S. history. In both, Democrats say terrorists attacked America. But be reasonable. There is simply no comparison in scale, motivation or anything else between Sept. 11 and Jan. 6.

In case anyone has forgotten, the 9/11 al-Qaida attacks killed roughly 3,000 people, brought down New York’s tallest skyscrapers, destroyed part of the Pentagon, crashed four passenger jetliners and changed U.S. foreign policy for decades. The Jan. 6 riot led to the so-far unexplained death of one Capitol Police officer, the death of one rioter at the hands of police, the stampeding death of another rioter and the natural causes deaths of two more. Parts of the Capitol were ransacked, but not seriously enough that Congress could not meet and finish its work on the night of the riot. It was appalling, but nothing like Sept. 11. (To visualize the difference, imagine that, on the night of the 9/11 attacks, there was a convention that went on as scheduled at the World Trade Center.)

So bring on the investigations. They should be exhaustive. And that will take time. But there are things Americans need to know right now, too.

Byron York is chief political correspondent for The Washington Examiner.